Skip Navigation
Home > Who We Are > People > Mark Maimone 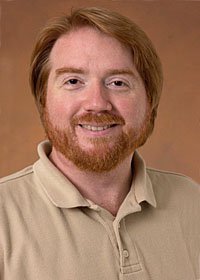 Dr. Mark Maimone is a Navigation and Machine Vision researcher at NASA's Jet Propulsion Laboratory, a division of the California Institute of Technology. He designed and implemented the Autonomous Navigation flight software for the MER and MSL Mars Rover missions, and has been the Flight Software Lead for MSL and Rover Driver Deputy Lead for MSL and Mars 2020. He is currently Robotic Operations Deputy Team Chief for Perseverance, as well as a Rover Planner and Flight/Ground Software Developer for both Perseverance and Curiosity.

In 1989 he completed the International Space University summer program. He earned his Ph.D. in Computer Science from the Computer Science Department of Carnegie Mellon University in 1996, with a dissertation that addressed problems that have plagued stereo vision systems for decades. He was then a Post-doctoral Research Associate at Carnegie Mellon's Robotics Institute, supervising the 1996 Lunar Rover field trials and serving as Navigation and Software Lead for the 1997 Atacama Desert Trek.
At JPL since 1997, Mark has worked on the Long Range Science Rover, Planetary Dexterous Manipulator, and Pioneer Vision System for Chornobyl Inspection projects, delivering 3D vision systems for autonomous robotic operations and mapping. Mark developed the autonomous vision and navigation software that lets the MER and MSL vehicles drive themselves safely, and wrote ground software that automates the analysis of Mobility and arm operations on MER and MSL Mars Rovers.
His research interests include robotic navigational autonomy, stereo vision, and camera calibration.

2022 Mars 2020 Robotic Operations Team Award for Significant Contribution to enabling driving 5km over a one month period during the Mars 2020 Rapid Traverse campaign.