The Mars Exploration Rover Spirit traversed 7.7 kilometers over the Martian surface during 6 years of operation inside Gusev Crater, and Opportunity traversed 45.2 kilometers over 14 years around Meridiani Planum, using a combination of human-directed non-imaging drives and computer vision-enabled autonomous drives employing one of several onboard autonomous capabilities.

When driving in their Autonomous Navigation (Autonav) mode, MER vehicles use cameras to look ahead and avoid potential problems using Stereo Vision and GESTALT (Grid-based Estimation of Surface Traversability Applied to Local Terrain). The MER rovers were also the first to demonstrate Visual Odometry, the autonomous detection and tracking of features in nearby terrain to measure how much the rover has slipped while driving on soft or highly sloped terrain. Using these Machine Vision technologies, each MER vehicle drove more safely, covered larger distances per day, and reached further science targets. Roughly 30% of the distance driven by MER vehicles in their first 18 months was accomplished using these autonomous robotics technologies. Spirit reached the Columbia Hills 50% faster thanks to Autonav, and both rovers were able to drive on higher slopes from 15-30 degrees thanks to Visual Odometry helping them to compensate autonomously for any unexpected slip.

Spirit autonomously avoids rocks in a small depression on sol 107.

The MER rovers became a proving ground for novel robotics technologies as well. Version 9.2 of the Flight Software included four new software technologies, each of which was either fully or partly developed by JPL Robotics. The Field D* Global Planner was successfully demonstrated on Opportunity and later became a standard component of autonomous driving on MSL. A Visual Target Tracking capability was also added and became part of MSL FSW. Autonomous placement of the IDD instrument arm onto previously unknown terrain was demonstrated, and the AEGIS system for automatically assessing science imagery onboard and prioritizing the most interesting images for downlink was developed and carried forward into MSL and the Mars 2020 missions.

The MER rovers set the mobility standards for the next decades of planetary rovers. Both rovers successfully drove on slopes up to 31 degrees. Opportunity set multiple autonomous driving records, including longest single-sol autonomous drive (109 meters on sol 384 in February 2005), and longest multi-sol autonomous drive (270 meters from sol 383 – 385). That Autonav drive was also part of the longest drive between command updates (390 meters from sol 383 – 385, including an initial human-directed drive segment on sol 383). And Opportunity’s total distance record of 45.2 kilometers exceeds all other rovers as of October 2021, including the human-driven Apollo Lunar Rovers and teleoperated Lunokhod Rovers from the 1970’s. 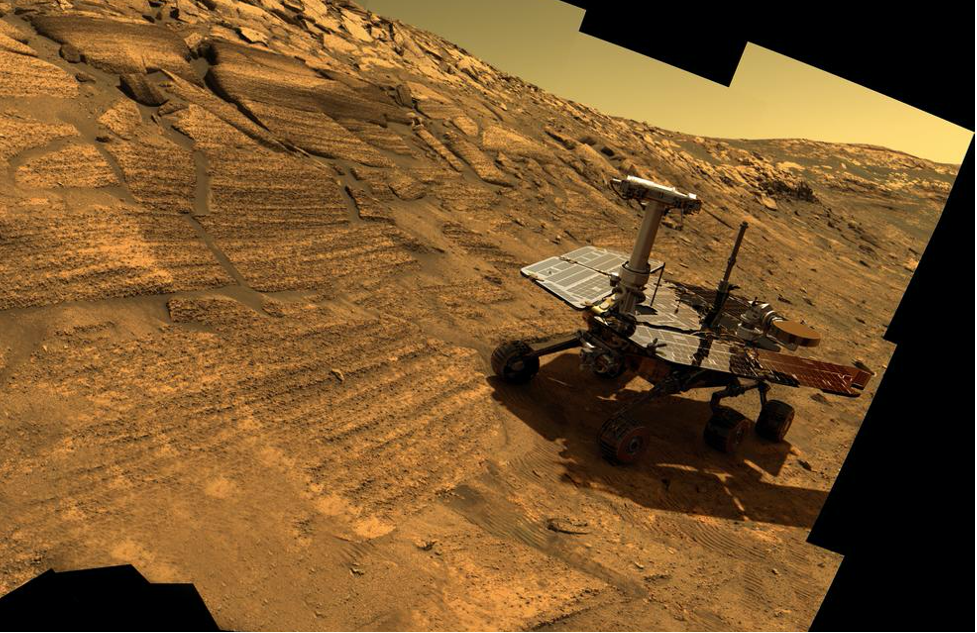 Opportunity’s Visual Odometry software enabled it to perform precision approaches to targets even on slopes with unpredictable slip.

Each MER rover lasted well beyond its planned mission duration of 90 sols, and each developed problems that had to be mitigated over time. Spirit’s right front wheel stopped driving, and had to be pushed (or dragged by driving backwards), limiting its drive progress but ultimately aiding its scientific mission. Opportunity’s right front steering motor eventually got stuck, leaving the wheel still drivable but always pointing slightly left at a 7 degree angle. And the arm’s shoulder azimuth motor eventually gave out, leaving human Rover Planners with a 4-DOF manipulator that had to be placed by turning the rover precisely. JPL Robotics was deeply involved in these anomaly investigations and responses, and helped keep the rovers driving for years. 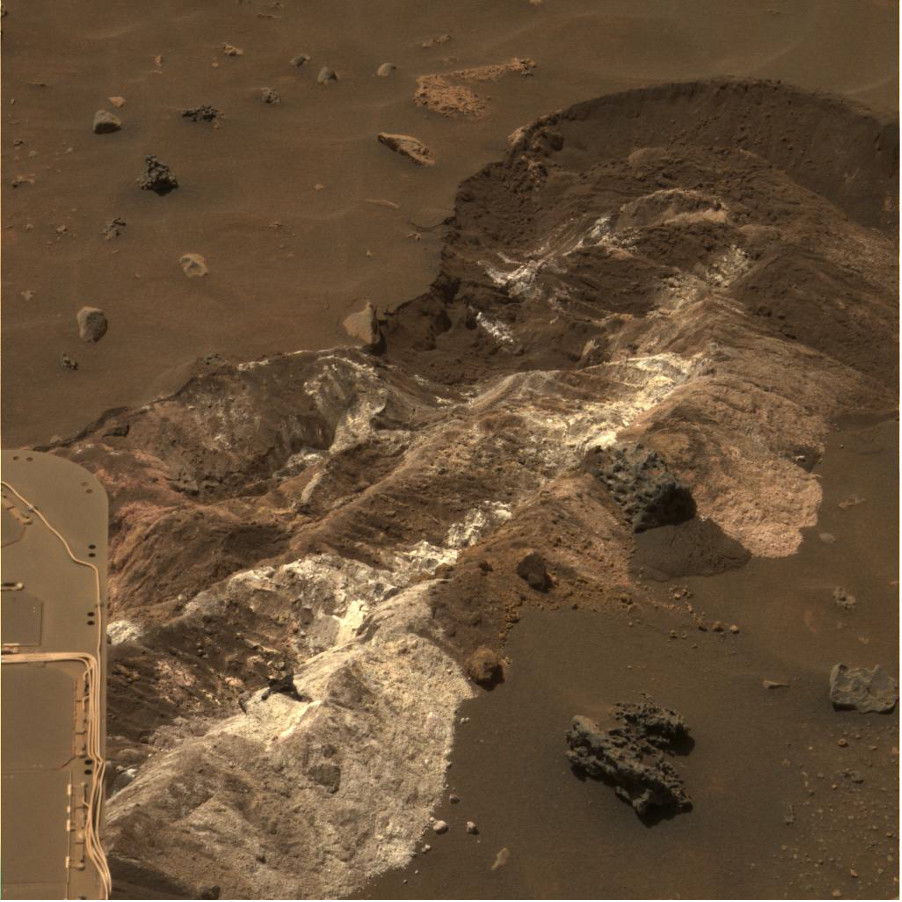 Spirit’s robust Mobility Flight Software enabled it to keep driving even with a stuck right front wheel motor, which led to the discovery of buried sulfates, a scientific highlight for the mission (link : https://science.nasa.gov/science-news/science-at-nasa/2009/02dec_troy ) Image Credit: : NASA/JPL- Caltech/MSSS. 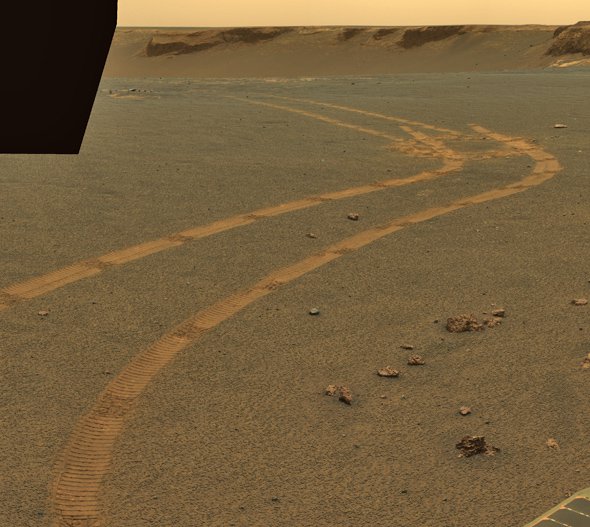