Skip Navigation
Home > Who We Are > People > Richard Volpe 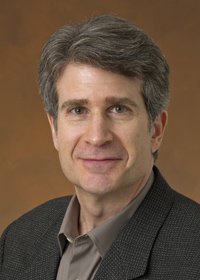 Additionally, Richard is a member of JPLs Science and Technology Management Committee. The STMC establishes and enhances a science and technology research and development program that serves the programmatic and strategic goals of JPL.

From 2001 through 2004, Richard served as the manager of Mars Regional Mobility and Subsurface Access in JPLs Space Exploration Technology Program Office. In addition to guiding technology development for future robotic exploration of Mars and the Moon, he has been actively involved in 2003 & 2011 rover mission development, and 2007 lander mission operations. This has included managing internal JPL rover technology development, as well as external university research funded by the Mars Technology Program .

Richard received his M.S. (1986) and Ph.D. (1990) in Applied Physics from Carnegie Mellon University, where he was a US Air Force Laboratory Graduate Fellow. His thesis research concentrated on real-time force and impact control of robotic manipulators. In December 1990, he became a Member of the Technical Staff at the Jet Propulsion Laboratory, California Institute of Technology. Until 1994, he was a member of the Remote Surface Inspection Project, investigating sensor-based control technology for telerobotic inspection of the International Space Station. Starting in 1994, he led the development of Rocky 7, a next generation mobile robot prototype for extended-traverse sampling missions on Mars. In 1997, he received a NASA Exceptional Achievement Award for this work, which led to the design concepts for the 2003 Mars Exploration Rovers mission. In 1999 and 2000, he served as the System Technologist for the Athena-Rover, then part of a 2003 Mars Sample Return Project. Until mid 2001, he was the Principal Investigator for the CLARAty and Long Range Science Rover Research Projects.