Skip Navigation
Home > Who We Are > People > Khaled Ali 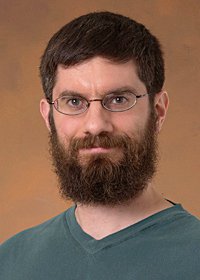 Khaled S. Ali is a member of the Robotic Manipulation and Sampling group. He has worked on various space flight missions and research tasks since joining JPL in 1996. Dr. Ali is currently the Flight Software CogE for the Sample Transfer System on the Mars Sample Return Lander. He was the Flight Software CogE for the Instrument Deployment Arm and the Deputy Lead for the Instrument Deployment System Operations Team on the InSight mission, and he still participates in InSight operations.

Previously, Dr. Ali participated in operations for the Mars Exploration Rover (MER) mission as the Flight Software/Data Management Team Lead. Dr. Ali managed the development of the current and previous versions of the flight software (FSW) for the MER rovers, and the validation of four new technologies that were added to the previous version of the MER Flight Software. He also served as a MER Rover Planner, driving the rover and operating the robotic arm. Dr. Ali wrote a variety of flight software for MER. He developed the low-level driver software which controls most of the sensors and propulsion hardware on the spacecrafts which carried the twin rovers to Mars. He also developed the software which determines and keeps track of the rovers orientation and position on Mars, as well as software that keeps a high-gain antenna pointed at Earth, facilitating communications with the rovers.

Furthermore, Dr. Ali helped develop autonomous behaviors for the Europa Lander Sampling task and participated in the Mars Polar Lander and Mars 01 Lander flight missions. He was the Cognizant Engineer for the Spacecraft Surface Systems Software for the Lunar Surface Operations Testbed. He has participated in various robotics research tasks as well, including science instrument simulation, all-terrain rovers, visual target tracking, health-care robotics, and a robotic arm to perform plant micro-propagation. Also, Dr. Ali lead the JPL side of an effort to form collaborations between JPL and the Norwegian energy industry.