Skip Navigation
Home > Who We Are > People > Sawyer Brooks 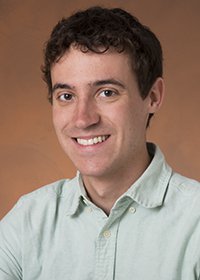 Sawyer Brooks is a Robotics Systems Engineer and a Group Leader for Robot Operations and Testing. He earned a Master’s degree in Robotics from the GRASP Lab at the University of Pennsylvania in 2015 and then immediately joined JPL to pursue space robotics.

From 2015 - 2022, Sawyer worked on developing, testing, and operating Perseverance’s Sample Caching Subsystem, which samples rocks on Mars and stores them for future return to Earth. As the Docking Systems Engineer, Sawyer developed and tested algorithms, software, and hardware which the large Robotic Arm uses to drop off rock samples to the Caching Assembly inside the rover. As the Deputy for Testbed Software, he also led a team of developers to write and support software for over 20 different testbeds. After Perseverance launched in 2020, Sawyer was an Uplink Deputy responsible for developing tools and procedures to safely and successfully operate the sampling system on the surface of Mars. He continued to work on sampling operations through initial commissioning and checkouts, the collection of the first 8 samples, and multiple complex anomalies.

Sawyer is currently the V&V Lead for CADRE, a project developing small lunar rovers which will cooperatively and autonomously explore Earth’s moon. The technology developed for CADRE will pave the way for future space missions to use more autonomy and to include multi-robot systems. Sawyer’s V&V team is responsible for integrating and testing all of the software and hardware across the project, proving that it will work on the moon and paving the way for lunar operations.

Sawyer is also passionate about STEM education. His previous experience includes designing coursework and projects for undergraduate engineering classes at the University of Pennsylvania, developing software for an educational software company, and teaching programming to young students in Philadelphia. He is currently a mentor for a community-based FIRST Robotics team serving the Pasadena area.