Skip Navigation
Home > Who We Are > People > Paul Backes 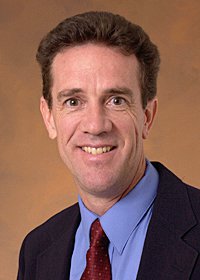 Paul Backes is group supervisor of the Mobility and Manipulation group in the Mobility and Robotic Systems Section at Jet Propulsion Laboratory, Pasadena, CA, where he has been since 1987. His current activities focus on automated planetary manipulation, instrument placement, sample acquisition, and sample handling. Early in his career Dr. Backes performed research and development for telerobotic single and dual-arm on-orbit servicing. He then worked on telerobotics for Air Force aircraft maintenance including the design and development of a small robot that could crawl over the surface of large aircraft for automated inspection. He then applied his telerobotics knowledge to development of a distributed operations system for visualization of downlink data and specification of uplink activities for Mars lander and rover missions which was applied to terrestrial field test rovers, Mars Polar Lander mission lander arm command sequence generation, and Mars Exploration Rover mission science activity planning.