Skip Navigation
Home > Who We Are > People > Frank Hartman 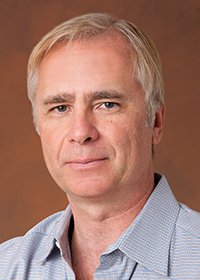 After growing up in New Jersey, Frank received his Bachelor of Fine Arts Degree in Sculpture from The University of the Arts in 1992 and moved to the Los Angeles area shortly thereafter to pursue a career in computer animation.

He began working at JPL in 1994 as a Video Engineer in the Digital Image Animation Lab where he often made hundreds of copies of VHS video tapes and then took them to the FedEx.

In 1996 Frank was fortunate to begin working with Brian Cooper in the field of terrain visualization in support of Brians Rover Control Workstation software which was used to command the Sojourner micro-rover.

Following this experience Frank returned to school and received his M.S. Degree in Aeronautical and Astronautical Engineering from Stanford University. Returning to JPL in 2000, Frank once again began working with Brian Cooper, this time on the team that was building RSVP, the Robot Sequencing and Visualization Program and was selected as one of the original eight MER rover drivers as a result of this work. Frank continued to drive the Opportunity rover for seven years until he transitioned the MSL rover project, eventually becoming both Lead Rover Driver and Tactical Mission Lead on that mission.

Currently, Frank is working as the Robotic Operations Subsystem Lead for the M2020 rover mission. In this position Frank is participating in the systems engineering effort geared to achieving the productivity enhancements needed in the area of robotic operations by the M2020 mission in order to meet its challenging mission objectives.