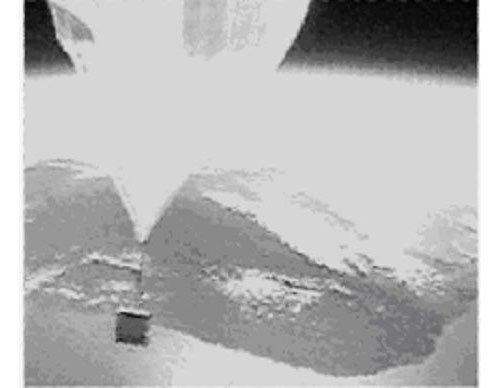 A helium superpressure balloon requires aerial deployment and inflation (D&I) upon arrival at Mars. This D&I process occurs during parachute descent and subjects the balloon and flight train to significant mechanical and aerodynamic forces. These forces cause large stresses in the relatively fragile balloon material; therefore, careful design of the components and their arrangement is required to ensure survivability. This technology is at TRL 5: components have been successfully demonstrated in a relevant environment, but the system level has not in the size of balloon required for a Mars mission.

The primary technical objective of this task is to successfully conduct a series of system-level deployment and inflation flight tests using prototype balloons of successively larger sizes. The secondary objective is to use the flight test data to validate mathematical models that can be used to extrapolate performance to the Martian environment.

We will pursue development of two types of balloons to increase our chances of getting at least one of them to work. These balloons are a simple sphere and an advanced, tendon-reinforced "pumpkin" balloon. Each year of the task will see the design, construction, lab testing and flight testing of one sphere and one pumpkin balloon. The size of balloon will start at 520 m^3 and increase to 900 and 1370 m^3 in the following years if the smaller sizes are successful. Flight tests will be launched from the GSSL facility in Hawaii (to ensure water overflights) using a tow balloon to lift our prototypes to a 34 km altitude in the stratosphere. We fly at this altitude to mimic the low atmospheric density and temperature expected at Mars. The products expected each year are: (1) flight test data (real time video, temperature, pressure, flight train force/acceleration) that will quantify the performance of the prototype system; and (2) predictive models infused and validated with the flight test data.

This task will validate TRL 6 level superpressure balloon technology that would be immediately available for new missions to Mars. Since at least one proposal was submitted to the Mars Scout program in 2002, but not selected, we expect one or more superpressure balloon proposals to be submitted in the next round ~2006. This task will significantly improve the chances of Mars Scout success by retiring a significant amount of risk in balloon aerial deployment and inflation technology.
Point of Contact: Jeffery Hall
Sponsored By: Mars Technology Program