Skip Navigation
Home > Who We Are > People > Theodore Tzanetos 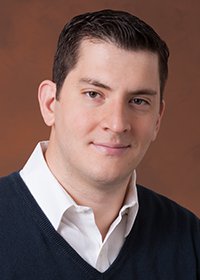 Teddy is the Group Supervisor of the Aerial Mobility group (347T). His expertise resides in uUAS embedded system development with a focus on state estimation for inertial navigation. He is currently working on the Tango on Racing Quadrotors (ToRQ) project and the CLARAty project. For the ToRQ project he is working on state estimation, closed-loop motor controls, system integration, and embedded software efforts.

Before joining JPL in 2017, he was the Head of Engineering at The Drone Racing League, a NYC-based startup, where he managed a team of developers and engineers to build drone-race infrastructure, embedded avionics, and an online FPV simulator played by tens of thousands of users worldwide.

Before DRL, Teddy worked at Samsung and MIT Lincoln Laboratory (FFRDC) where he worked on what came to be known as the DoDs Perdix Project, a small F/A-18-deployed uUAS.