Skip Navigation
Home > Who We Are > People > Saptarshi Bandyopadhyay 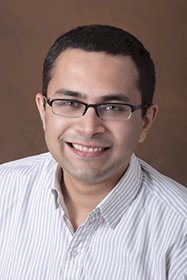 Dr. Saptarshi Bandyopadhyay is a Robotics Technologist at the NASA Jet Propulsion Laboratory, California Institute of Technology, where he develops novel algorithms for future multi-agent and swarm missions. In 2020, he was named a NASA NIAC fellow for his work on the Lunar Crater Radio Telescope on the far-side of the Moon. He received his Ph.D. in Aerospace Engineering in 2016 from the University of Illinois at Urbana-Champaign, USA, where he specialized in probabilistic swarm guidance and distributed estimation. He earned his Bachelors and Masters degree in Aerospace Engineering in 2010 from the Indian Institute of Technology Bombay, India, where as an undergraduate, he co-founded and led the institute’s student satellite project Pratham, which was launched into low Earth orbit in September 2016. His engineering expertise stems from a long-standing interest in the science underlying space missions, since winning the gold medal for India at the 9th International Astronomy Olympiad held in Ukraine in 2004. Saptarshi’s current research interests include robotics, multi-agent systems and swarms, dynamics and controls, estimation theory, probability theory, and systems engineering. He has published more than 40 papers in journals and refereed conferences.