Skip Navigation
Home > Who We Are > People > Robert Hewitt 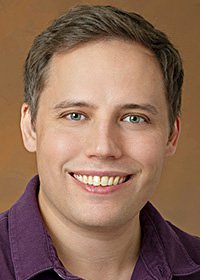 Robert Hewitt is a robotics technologist at the Jet Propulsion Laboratory. He was born on February 13th, 1985 in Regina, Saskatchewan, Canada and has been interested in space exploration from a young age, originally inspired by the Mars Pathfinder mission. Later, as part of his masters program, he had the opportunity to design the state estimation and mapping system for a Canadian Space Agency rover prototype named Kapvik. After this his PhD research was in collaboration with the European Space Agency where he had the opportunity to work in the Planetary Robotics Laboratory. There his research focused on improving LiDAR-based odometry and SLAM for rovers using LiDAR intensity measurements. Since joining JPL as a postdoc in 2018 he has continued his focus on new sensing modalities, designing state estimation solutions that use LiDAR, Ultra-wideband Radio, and thermal imagery on robotic platforms like micro-rovers, airships, and quadcopters.

Generally interested in state estimation, computer vision and perception. More specifically in formulating new state estimation and perception problems that take advantage of different sensor modalities and their particular characteristics to allow exploration of environments where the use of passive, visible spectrum cameras is greatly hindered or impossible.