Skip Navigation
Home > Who We Are > People > Matthew Frost 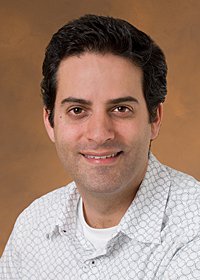 347B - Robotic Vehicles and Manipulators

Matthew Frost joined the Robotics and Mobility Section at JPL in 2007. He has worked on a variety of robotic research projects including RoboSimian, ATHLETE, Microspine Grippers, and ALHAT. He is well versed in actuator design and notably enjoys designs with high specific torque through use of harmonic drives and light-weighted components.

Matthew is currently working on the Mars 2020 flight project in charge of the design of the Robotic Arm as Cognizant Engineer and Cost Technical Manager.

Prior to working at JPL he worked as a Senior Mechanical Engineer at Evolution Robotics and Evolution Robotics Retail, Inc. While at Evolution Robotics Retail, Matthew acted as Lead Engineer for the mechanical system of the LaneHawk product, including product design. At Evolution Robotics he designed and built numerous autonomous robots for both in-house use and outside customers.
Matthew received a Bachelors Degree in Mechanical Engineering from UCLA. While in school Matthew focused his efforts on robotics projects. He was team leader for the ASME student groups first entrance into robotics, a battlebot for a televised competition. For his mechanical engineering design project, Matthew built an automatic card dealer, which could deal out a hand of poker and hit cards to the players.