Skip Navigation
Home > Who We Are > People > Curtis Padgett 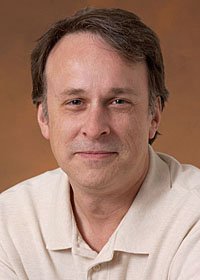 Curtis Padgett the Supervisor for the Maritime and Aerial Perception Systems Group. He completed his doctoral work in pattern recognition while working at JPL. His interests include computer vision, structure from motion, automated calibration, pattern classification, star identification and machine learning.

This task is to develop off-road autonomous driving of a ground vehicle at near human performance.

This NASA task designs and implents visible and SWIR sensors in an array for deployment aboard a Gulf Stream jet in order to develop highly accurate 3D geo-rectified terrain data using Structure from Motion.

This Leidos (ONR) task is to mature path planning, mission execution and passive sensing (MUSE) for deployment on Sea Hunter. The three elements have been developed (save for the path planner) outside of the DARPA ACTUV program and the tasks involves integrating the component technologies and in the case of the path planner, developing additional capabilities.

This ONR-Leidos task is to provide a very wide baseline stereo capability for medium and larger USVs. The task is developing on line calibration of imagery for non-coupled, simultaneously captured imagery on the water surface. This sensor system will be delivered to Sea Hunter (Navy robotic vessel) for on water testing.

This task is to provide LEIDOS (DARPA prime) with a mapping and image based localization algorithm that enables accurate positioning in a GPS denied environment for a heterogeneous composition of UAVs.

Principal Investigator- BlueDevil (April 2012-2014):
This task is a continuation of JPL image processing for wide area surveillance activities. In particular, this task will provide flight code for onboard gyro calibration for an image array and a step stare system. We will integrate an EKF to improve geo-registration capabilities.

Task Manager and Co-Investigator- SRTD: Exploitation of Aerial Imagery (September 2010-current):
This task is a 3 year effort to improve JPL capabilities in exploitation of aerial imagery.