Skip Navigation
Home > Who We Are > People > Brian Wilcox 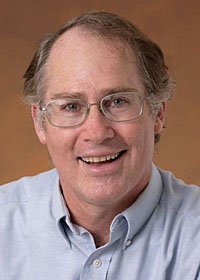 1999-Current: Principal Investigator for several NASA research tasks in the area of robotic vehicle development for planetary exploration. Recent tasks managed by Mr. Wilcox include the "Robotically-deployed Lunar Telescope" feasibility task and the "Nanorover Outposts" feasibility task, both of which led to development of one or more working prototypes as part of the feasibility demonstration.

1985-2005: Supervisor of the Robotic Vehicles Group at the Jet Propulsion Laboratory. The Robotic Vehicles Group was responsible for the control and navigation of the Sojourner Rover, which explored part of Mars in the summer of 1997, including design of the electronics and navigation sensors, development of the control software including all elements (command sequencing, power control, communication codes and handshaking, instrument deployment, as well as hazard detection and avoidance), and mission operations. The group is currently responsible for similar activities for both the MUSES CN Nanorover as well as the Mars '03/05 "Athena" rover. Mr. Wilcox was personally responsible for conceiving and developing the stereo camera and laser ranging system used on the Sojourner rover, and for the system design concept of the MUSES CN nanorover.