Skip Navigation
Home > Who We Are > People > Brett Kennedy 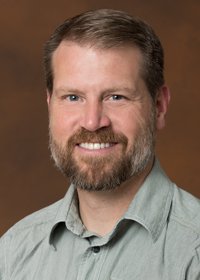 Brett Kennedy graduated from University of California, Berkeley in 1996 with his B.S. in mechanical engineering with an emphasis in controls and robotics. As an undergraduate, he was involved in research covering the design of composite material parts, the design of human amplification mechanisms, and the finite-element modeling of bones. In 1997, he received his M.S. in mechanical engineering from Stanford University concentrating on mechatronics and robotics.

Brett Kennedy has been the Section Manager for the Mobility & Robotics Section since 2021 and was the Supervisor of the Robotic Vehicles and Manipulators Group from 2010 - 2021. Brett has also been named a JPL Principal Engineer. His areas of expertise include space robotics, novel mobility systems, robotic manipulators and grippers, and bio-inspired robotics.

In his time at JPL, he has divided his time between research and space flight robotics. On the space side, his most notable role has been as the lead for the Robotic Arm aboard the Curiosity rover, for which he was responsible for the design, fabrication, and testing. He was also responsible for two elements of the Mars Exploration Rovers (MER). On the research front, he conceived and led the development of the bio-inspired Lemur series of robots as well as acting as the lead mechanical engineer for JPL’s Tactical Mobile Robot (TMR) program, the Exploration Technology Rover (FIDO), and the All-Terrain Explorer tasks, among others. He has also acted as the lead robotic engineer on several DARPA studies of subjects such as orbital telescopes and humanoid robotic mobility. From 2012 to 2015, he was the Principle Investigator for JPL’s entry into the DARPA Robotics Challenge, RoboSimian, a four-limbed robot inspired by the body layout of apes.