Skip Navigation
Home > Who We Are > People > Marco Quadrelli 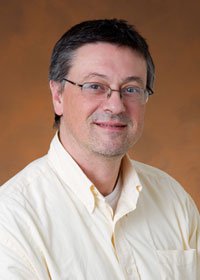 Dr. B. Marco Quadrelli is a Principal and Group Supervisor of the Robotics Modeling and Simulation Group at the Jet Propulsion Laboratory, California Institute of Technology. He received a Laurea/M.S. in Mechanical Engineering from the University of Padova (Italy) in 1987, a M.S. in Aeronautics and Astronautics from M.I.T. in 1992, and a Ph.D. in Aerospace Engineering from Georgia Institute of Technology in 1996. He has worked in the aerospace industry and has been a visiting scientist at the Harvard-Smithsonian Center for Astrophysics (1988-1989) and at the Institute of Paper Science and Technology in Atlanta (1996-1997), and a Lecturer in academia. His flight project experience includes GN&C analysis in the Huygens Probe Decelerator Design, Deep Space One, the Mars Aerobot, the Laser Interferometry Space Antenna, the Mars Exploration Rover (MER), the Space Interferometry Mission, the Autonomous Rendezvous Experiment, and the Mars Science Laboratory (MSL). He has conducted research in computational multibody dynamics, tethered systems, inflatable apertures, aeromaneuvering, distributed spacecraft and arrays, granular media, and biomedical systems. His current research interests are in the areas of multi-physics dynamics and control at multiple scales. He is a member of the AIAA Technical Committee on Space Tethers, an Associate AIAA Fellow, NIAC Fellow, and Keck Institute for Space Studies Fellow.