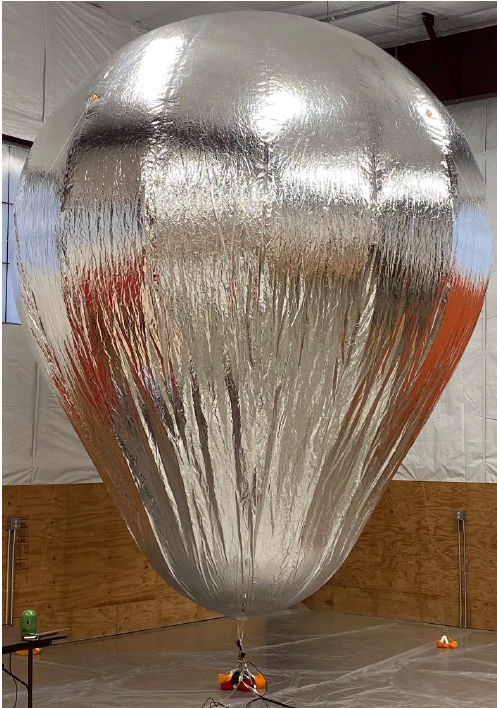 The clouds of Venus offer a unique environment: ample sunlight, Earth-like temperatures and pressures, and strong zonal winds that can carry an in situ aerial platform around the planet in just a few Earth days. This cloud layer is key to the solar radiative balance of the planet, the transport of materials between the atmosphere and the ground, and the interactions (physical, chemical, and possibly biological) between atmospheric constituents. The two Vega balloon flights in 1985, launched by the Soviet Union, successfully flew in the Venus clouds using superpressure balloons, which nominally have a relatively fixed buoyancy and provide access to only a single altitude.

The Venus Variable-Altitude Aerobot task is taking the next step in balloon exploration capability by designing controllable variable-buoyancy balloons - providing access to a large range of altitudes over the course of the flight, and accordingly increased science return. The “aerobot”, a spacecraft consisting of both the balloon and its payload, is expected to sample aerosols, measure atmospheric conditions & processes, and listen for seismic activity from the surface.

The task focus is on: