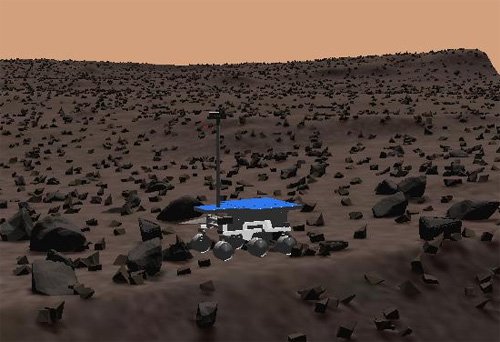 A captured screen graphic depicting a rover in a dense Mars-like terrain.
The Mars Technology Program (MTP) has developed the ROAMS (Rover Analysis, Modeling, and Simulation) rover simulator for use by the Mars Science Laboratory (MSL) mission as well as other technology development tasks within the Program. ROAMS contains parameterized rover models for a variety of technology and flight rovers including Rocky 8, FIDO, Rocky 7, and the Mars Exploration Rovers (MER). ROAMS includes models for the kinematics and dynamics of the rover, wheel/soil slippage/sinkage interaction, models for actuators and sensors such as motors, encoders, sun sensors, IMUs, and cameras.

ROAMS provides functional interfaces that mimic the rover hardware. Hence minimal changes to the onboard software is needed to close the loop with ROAMS. A server interface for ROAMS has been developed to enable closing the loop across a network with ROAMS. This interface is in use with the CLARAty rover software infrastructure.

This task will support the MTP user community in the use of ROAMS for their technology development and test activities. The specific objective of this task is to enable the use of the ROAMS rover simulator by MTP Base tasks.
Point of Contact: Abhinandan Jain
Sponsored By: Mars Technology Program 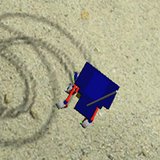