Flexible Levitation on a Track (FLOAT) 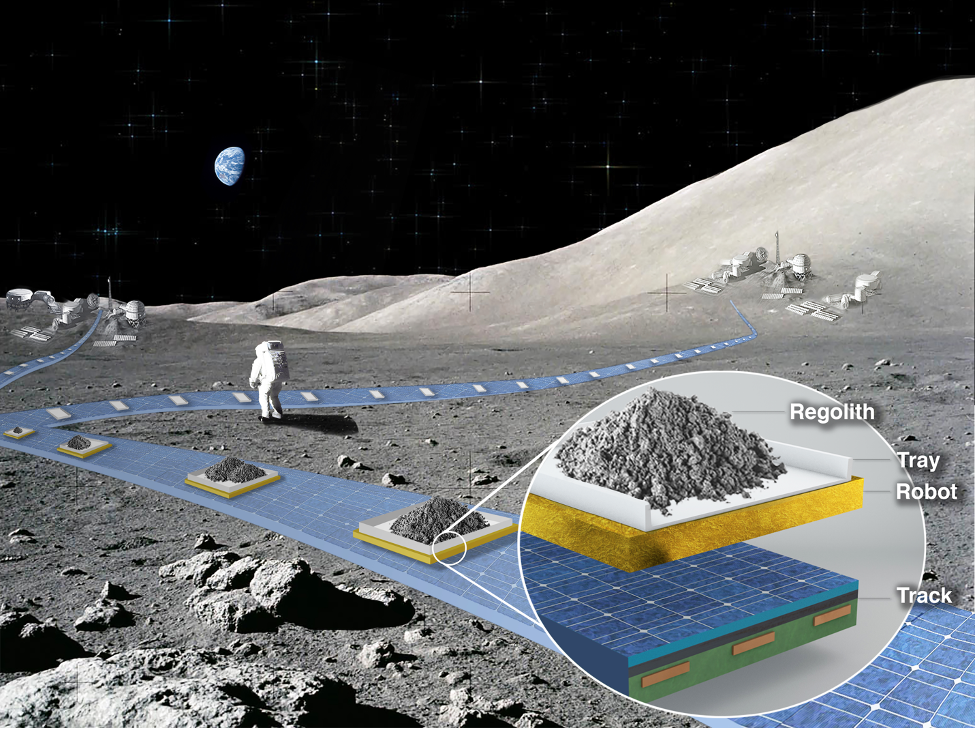 We want to build the first lunar railway system, which will provide reliable, autonomous, and efficient payload transport on the Moon. A durable, long-life robotic transport system will be critical to the daily operations of a sustainable lunar base in the 2030’s, as envisioned in NASA’s Moon to Mars plan and mission concepts like the Robotic Lunar Surface Operations 2 (RLSO2), to:

We propose developing FLOAT – Flexible Levitation on a Track – to meet these transportation needs.

The FLOAT system employs unpowered magnetic robots that levitate over a 3-layer flexible film track: a graphite layer enables robots to passively float over tracks using diamagnetic levitation, a flex-circuit layer generates electromagnetic thrust to controllably propel robots along tracks, and an optional thin-film solar panel layer generates power for the base when in sunlight. FLOAT robots have no moving parts and levitate over the track to minimize lunar dust abrasion / wear, unlike lunar robots with wheels, legs, or tracks.

FLOAT tracks unroll directly onto the lunar regolith to avoid major on-site construction – unlike conventional roads, railways, or cableways. Individual FLOAT robots will be able to transport payloads of varying shape / size (up to 33 kg/m^2) at useful speeds (>0.5 m/s), and a large-scale FLOAT system will be capable of moving up to 100,000s kg of regolith / payload multiple kilometers per day while consuming <40 kW of power. FLOAT will operate autonomously in the dusty, inhospitable lunar environment with minimal site preparation, and its network of tracks can be rolled-up / reconfigured over time to match evolving lunar base mission requirements.

In Phase 1, we will establish the fundamental feasibility of designing a FLOAT system with meter-scale robots / km-scale tracks, to support human exploration (HEO) activities on the Moon, by accomplishing the following 4 Major Tasks: