Skip Navigation
Home > How We Do It > Systems > The LEMUR Robots 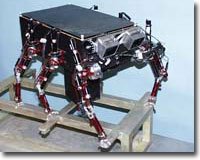 The assembly, inspection, and maintenance requirements of permanent installations in space demand robots that provide a high level of operational flexibility relative to mass and volume. Such demands point to robots that are dexterous, have significant processing and sensing capabilities, and can be easily reconfigured -- both physically and algorithmically. The LEMURs (Limbed Excursion Mechanical Utility Robots) are designed to address these challenges.

Evolving from Lemur I, Lemur IIa is an extremely capable system that both explores mechanical-design elements and provides an infrastructure for the development of algorithms (such as force control for mobility and manipulation, and adaptive visual feedback). The physical layout of the system consists of six 4-degree-of-freedom limbs arranged axi-symmetrically about a hexagonal body platform. These limbs incorporate a "quick-connect" end-effector feature below the distal joint that allows the rapid change-out of any of its tools. The other major subsystem is a stereo camera set that travels along a ring track, allowing omnidirectional vision. The current Lemur IIa platform represents the jumping-off point toward two more-advanced robotic platforms that will support NASA's Vision for Space Exploration, which calls for a sustained presence in space.

To extract the full science potential from planetary-surface operations, robots must be able to access the entire surface of the planetary body, not just the relatively level areas. To this end, we have designed and built Lemur IIb, a 4-limbed robotic system that is being used to investigate several aspects of climbing-system design, including the mechanical system (novel end-effectors, kinematics, joint design), sensing (force, attitude, vision), low-level control (force-control for tactile sensing and stability management), and planning (joint trajectories for stability). The technologies developed on this platform will be used to build an advanced system that will climb slopes up to and including vertical faces and overhangs while reacting to forces to maintain stability and do useful work (e.g., sample acquisition/instrument placement). Among the most advanced of these technologies is a new class of Ultrasonic/Sonic Driller/Corer (USDC) end-effectors capable of creating "holds" in rock and soil as well as sampling substrates. 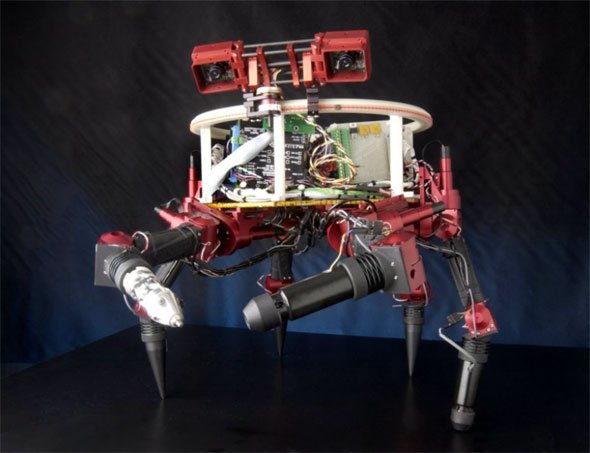 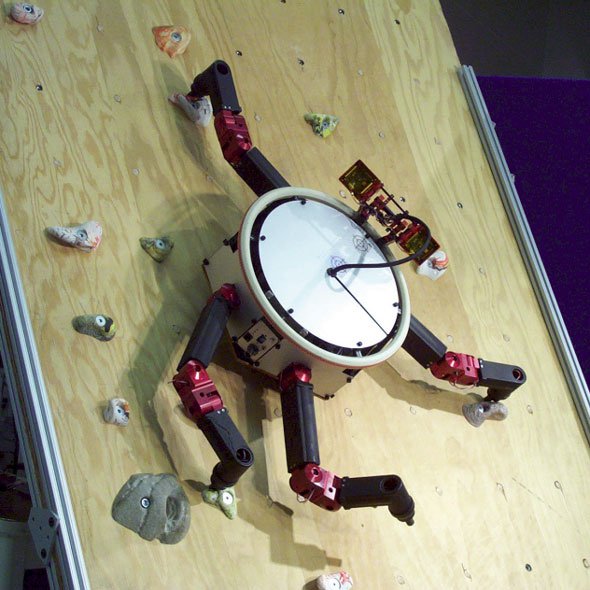 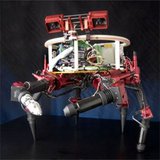