Skip Navigation
Home > How We Do It > Systems > FIDO Rover

Five mid-size research rover platforms were built at JPL in the early 2000s. The rovers were named FIDO, Rocky 8, K9 (operated at NASA ARC), Athena, and PLuto. This fleet of rovers was initially built to support the NASA Mars Technology Program (MTP) research activities that were active from 2001 to 2008. After the MTP ended, the platforms continued to be used for surface mobility research. While the original hardware platforms were built two decades ago, they were refurbished and repurposed multiple times to serve cutting-edge research activities. Many game-changing technologies that have enabled past and present Mars rover missions were first tested on these rovers at JPL's Mars Yard and at other analogue field sites. Over time, these platforms evolved, their component systems were modified, and the individual rovers diverged in their capabilities. Due to the cost of maintenance and dwindling surface mobility-related research funds in recent years, three of the rovers, FIDO, Rocky 8 and K9, were not maintained, are no longer in active use, and have been placed in storage. Athena and Pluto have continued to be maintained and are currently in use on research activities at JPL. The specifications and evolution of some of these rovers can be viewed at: https://claraty.jpl.nasa.gov/man/test_bed/test_platforms/index.php

The Field Integrated Design and Operations (FIDO) rover is an advanced mobility platform and research prototype for future Mars surface missions planned by NASA. It was primarily used as a test-and-validation vehicle for technology development under the Mars Technology Program. Previously, it was used by the Mars science-and-flight-operations community to conduct field trials aimed at realistic simulation of the 2003 NASA Mars Exploration Rovers (MER) mission. This included end-to-end mission concept testing and validation associated with autonomous and semi-autonomous in situ science exploration. 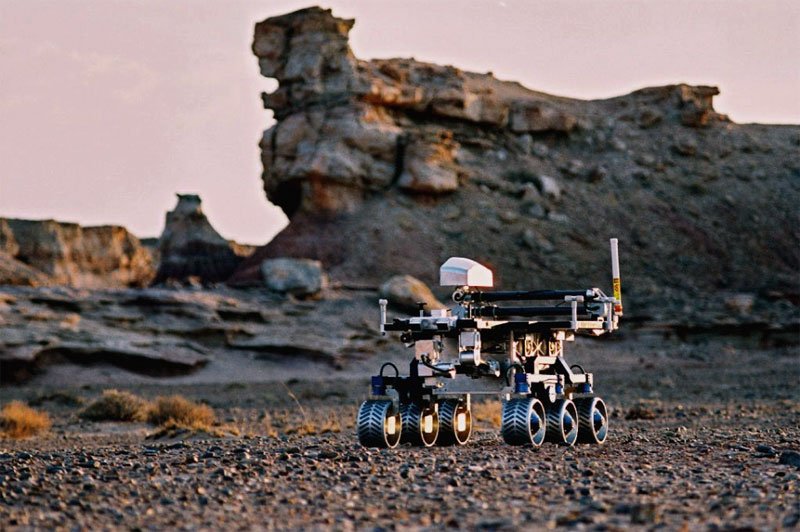 The FIDO rover is similar in function and capabilities to the Mars Exploration Rovers, although the MER rovers are about 1.5 times as large and 2.5 times as massive. Solar panels and onboard batteries provide power for each vehicle. From a systems-level viewpoint, there are subtle functional differences between the rovers' designs and configuration in the areas of mobility and sensing for navigation and control. Both designs employ the JPL 6-wheel rocker-bogie suspension and are compatible with respect to motor control and mobility performance, as well as sensing implementations for visual, inertial, and celestial navigation. Less-subtle differences exist with regard to robotic mechanism designs, the most apparent being the mast, which carries stereo imaging systems for terrain surveys and navigation planning, and an infrared point spectrometer for measuring mineral composition of surface materials from a distance. Also, the top-mounted 5-degrees-of-freedom robotic arm is different in appearance but similar in functionality to the MER rover Instrument Deployment Device (IDD), which controls the position, azimuth, and elevation of four arm-mounted in situ instruments. 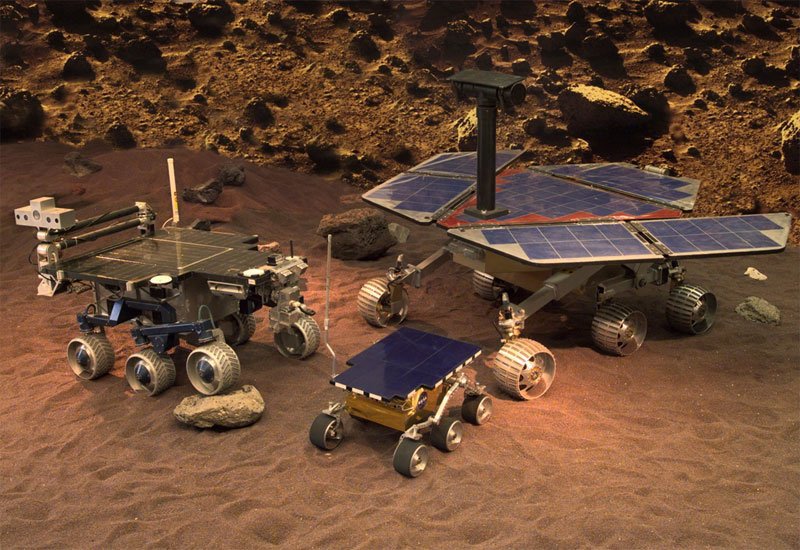 Figure 2 FIDO rover next to models of the Sojourner and MER rovers.