Skip Navigation
Home > How We Do It > Systems > Autonomous PUFFER 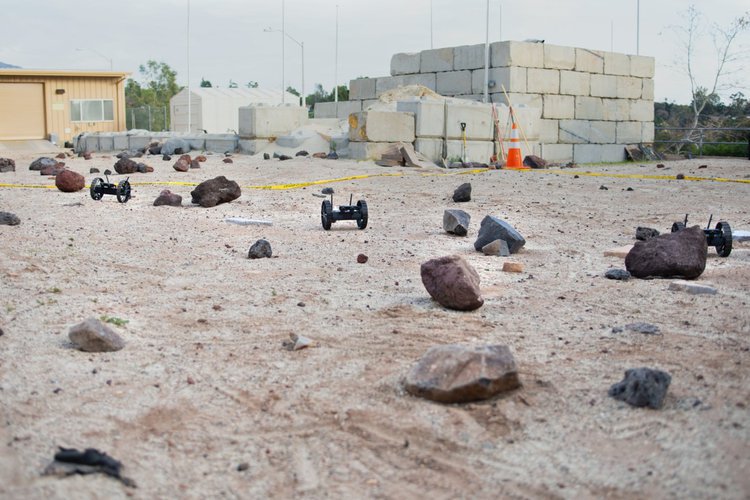 The newest version of JPL’s small robots are practicing their scouting skills to autonomously explore the “Mars Yard” together at NASA’s Jet Propulsion Laboratory in Pasadena, California.

JPL developed the Autonomous Pop-Up, Flat-Folding Explorer Robots (A-PUFFERs) to scout the surface of the Moon (and potentially other planets in our universe) in anticipation of taking distributed science measurements. This iteration of PUFFER includes several modifications to the previous design. In addition to a small increase in size, the robots have a faster on-board computer with a wireless radio for rover-to-rover-or-base-station communication, as well as a stereo camera for sensing the environment to support its autonomy functions.

A key capability demonstrated in A-PUFFER is for multiple robots to explore the rocky terrain of the Mars Yard cooperatively—simultaneously mapping the environment using their on-board sensors and deciding where to explore next. Their maps are shared with a base station and then merged into a single, larger map. Together, this system provides the capability that could robustly map parts of the Moon that have not been mapped before.

Additionally, this kind of multi-rover autonomy has the promise to unlock new missions that are either too risky for a single rover, or simply require more than one rover to achieve—such as distributed measurements. JPL is now working on CADRE to bring this technology to the Moon on a commercial lunar lander in the next few years.