The laboratory is designed to support the extreme programming software development paradigm. Developers program all software features in pairs, which results in higher-quality code by increased accountability, as well as a greater collective knowledge of the ever-changing code base. Each workstation in the lab is equipped with two mice, keyboards, and displays, which enables each member of a programmer pair to work effectively.

The laboratory can also be reconfigured to support field operations. The workspace can accommodate dual overhead-projector displays from an operations workstation. A large projection screen helps to enable collaboration between scientists during activity planning in a field exercise.

The laboratory supports a file server that contains an archive of the Mars Exploration Rover (MER) mission engineering and science data products. The server is available to users of the telerobotics network via NFS to develop and test new software using data products from the mission: rover stereo images, terrains, or other types of telemetry-related products. This Linux-based server has a RAID level- 5 disk array with a 4-terabyte capacity, which provides a highly substantive archive of MER mission data.

The Maestro team works primarily on software design and development. The primary product that the team maintains is Maestro, a science-operations interface for robotic spacecraft and systems. Members of the Maestro team have also worked in MER mission operations in roles such as Science Downlink Coordinator and Tactical Activity Planner.

Maestro is the latest evolution of science-operations software used at JPL to support the technology-rover operations and the Mars Exploration Rovers. The software for technology rovers was formerly called the Web Interface for Telescience (WITS), while the software used in MER is called the Science Activity Planner (SAP). Maestro is developed using the Eclipse Rich Client Platform, which provides an extensive framework for end-user application development. This approach has been so successful that it has spawned the formation of a consortium of development teams across NASA called Ensemble, which aims to integrate many or all applications that support the operations of spacecraft on the surface of Mars around the platform. 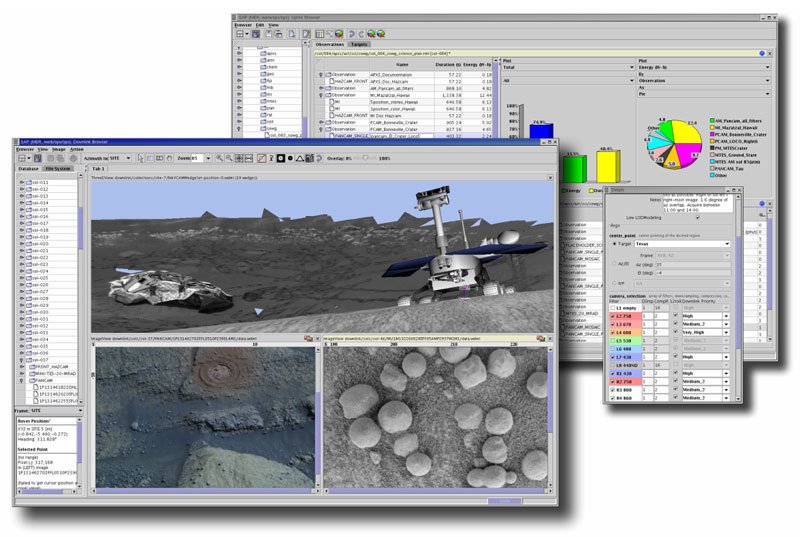