Skip Navigation
Home > How We Do It > Facilities > The MarsYard III 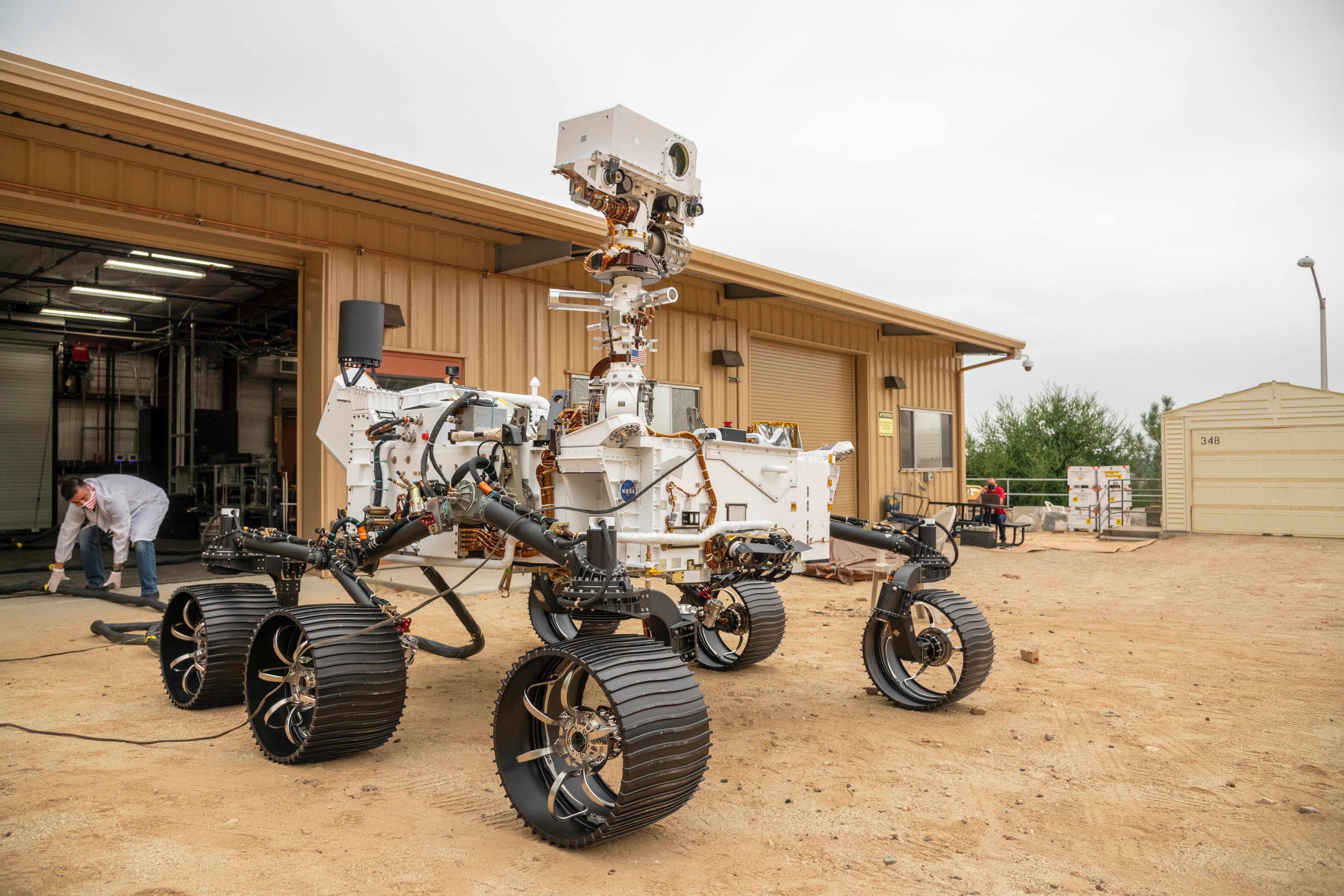 JPL’s Mars Yard is a rugged, outdoor proving ground for planetary rovers created in collaboration with geologists and engineers to mimic a variety of planetary terrains on the surface of Mars, the Moon, and beyond. Over 2000 m2 of test terrain, including 7 variable angle and cohesion slopes, are available for rovers to drive, climb, sample, and maneuver in. The Mars Yard hosts two fully-functional siblings to famous rovers in operation on Mars, Curiosity (landed 2012) and Perseverance (landed 2021), which live side-by-side in a newly-built, state-of-the-art robot garage. On any given day, you can catch these rovers, and many others under development, testing autonomy algorithms, wheeled mobility, slope climbing, sample collection, and a variety of other research and operations related functions. Depending on the task, the Mars Yard can be sculpted into a representative terrain that plays a critical role in our verification and testing of rovers that are operating on, or bound for, distant worlds. The Mars Yard is managed and operated by Section 347 in collaboration with active flight projects ongoing at JPL. 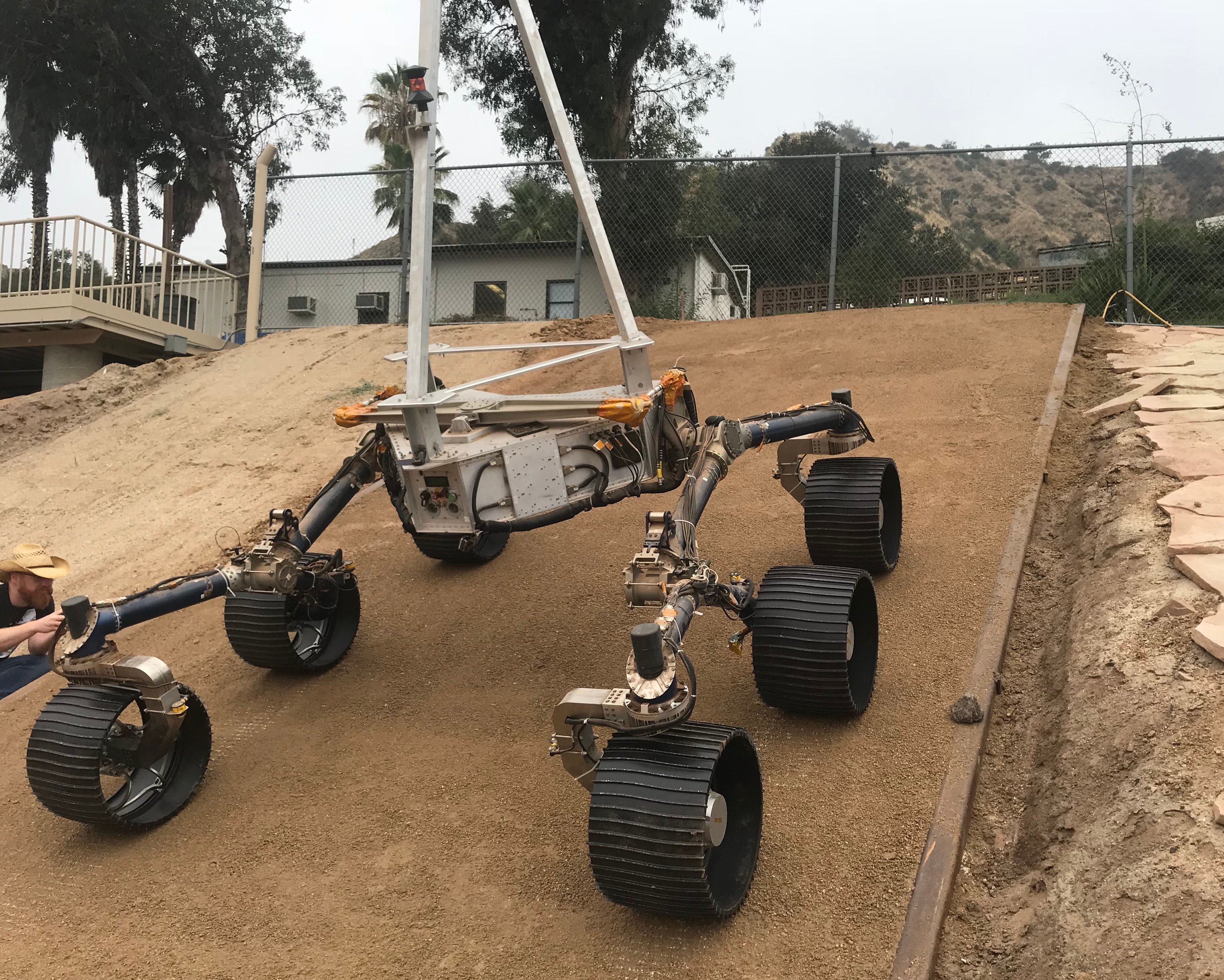 The MarsYard test area is 66 m x 36 m in size and has a variety of terrain arrangements to support multiple test conditions. The soil is a combination of beach sand, decomposed granite, brick dust, and volcanic cinders. The rocks are several types of basalts, including fine-grained and vesicular, both in red and black. Rock-size distributions are selected to match those seen on Mars. Large rocks are not Mars-like in composition, being less dense, but easier to move for testing. In addition to rearranging rocks, other obstacles such as bricks and trenches are often employed for specialized testing.

Adjacent to the outdoor test area is a new building for housing researchers, computers, measuring equipment, and storage areas for the vehicles. Above the test area is a viewing platform for visitors, where activities may be watched without interference. 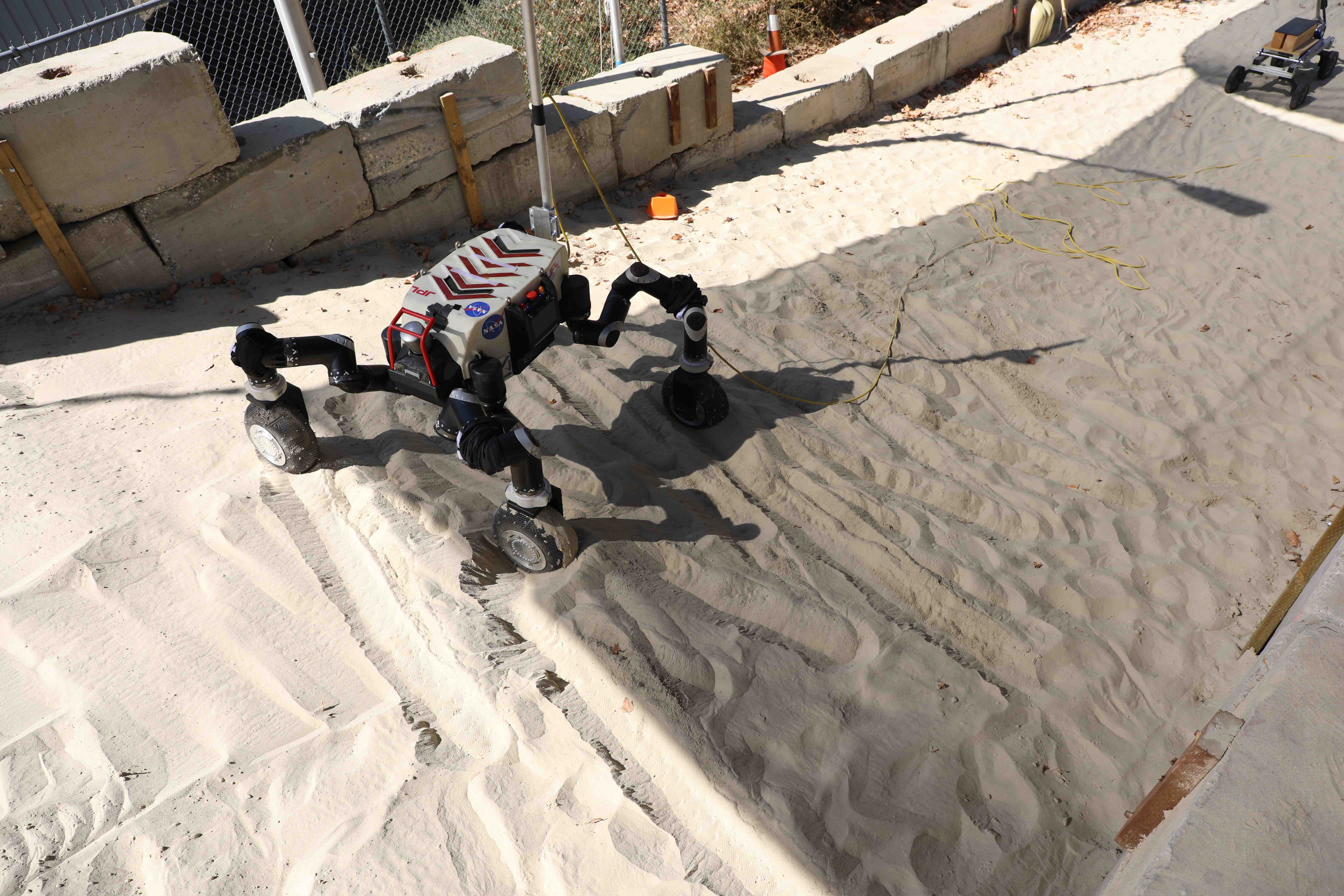 Robosimian in the Mars Yard 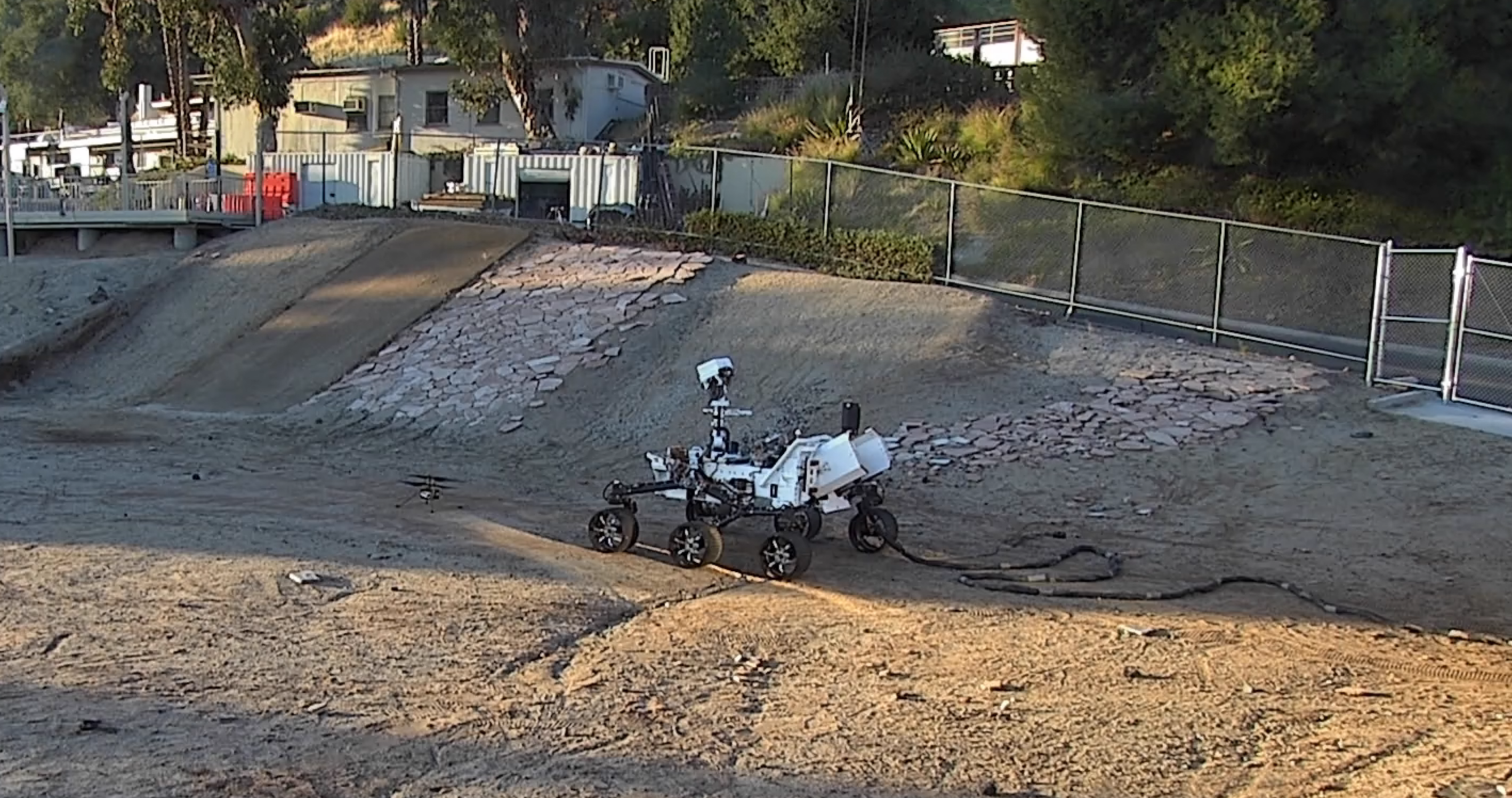 Follow this link for a video tour of the JPL Mars Yard.

The JPL MarsYard was developed by the Mars Technology Program. 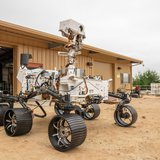