In Memory of Homayoun Seraji 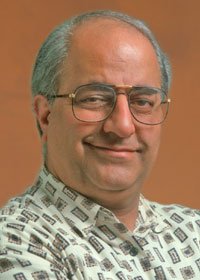 An internationally known robotics expert, Seraji was a JPL Senior Research Scientist as well as an IEEE Fellow. He joined JPL in 1985 after a 10-year tenure at University of Sharif in Iran. He published more than 200 papers in peer-reviewed journals and refereed conferences, and held 10 patents. In 2003 he was named the most published author in the history of the Journal of Robotic Systems. In 2006 he received a lifetime achievement award from the World Automation Congress, recognizing his outstanding contributions to multivariable control systems, robotics systems, and space applications.